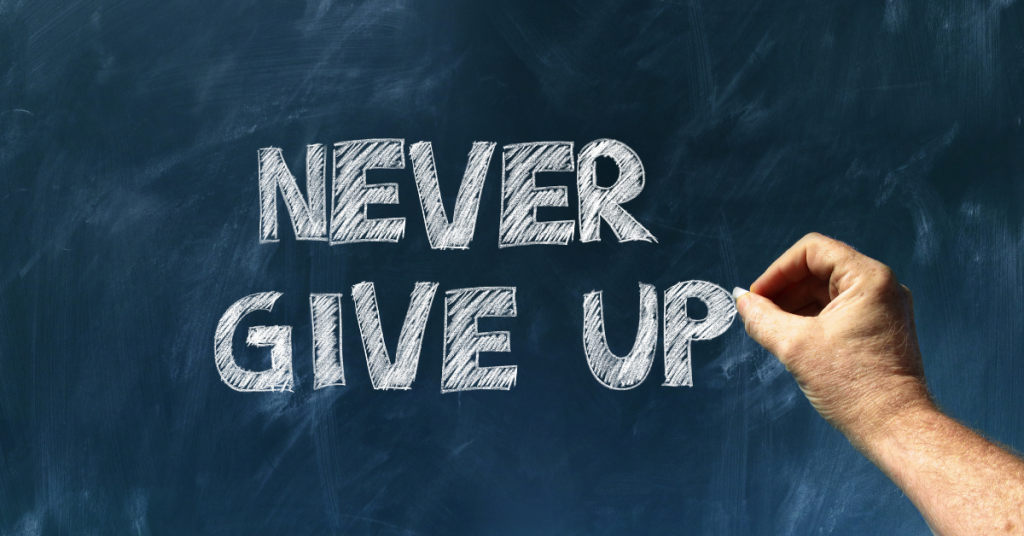 The Power Of Leveraging Your Values

Do you ever feel like giving up? Like you’ve tried and tried again, but it just doesn’t seem to be working? You’re not alone. In fact, most people give up long before they reach their goals. But what if there was another way? What if there was a way to keep going even when the odds seem stacked against you? That’s where grit comes in. Grit is that indefinable quality that allows some people to achieve the seemingly impossible. And today, I want to share with you how you can leverage your values to cultivate grit and achieve your goals.

My mornings start early, typically at 5am. It’s a habit I identified and adopted as a “Keystone Habit”, which basically means that it’s a single habit that impacts and makes many other habits much easier to honor and maintain. I’m always curious about what might be a Keystone Habit that I can leverage that will make my life easier and diminish the amount of willpower I need to muster on any given day.

I don’t want to talk too much about habits in this post though, I mention the early start only because it was instrumental in getting me into a great running schedule during the hotter summer months. I know that I prefer to run in the morning but that the heat is depleting after 10am and I start coaching clients often at 8am in the morning so….This morning, running was on the agenda. I fell in love really, really, slowly with running.

Initially I found it frustrating. I couldn’t run for very long at all without having to stop, gasping for breath, and that made it all seem pointless. I stopped and started. I’d commit for a while and then fall off. I’d begin to get in a rhythm and then get a strained calf, or some other typical injury runners are more susceptible to when they neglect the conditioning and stretching components of the sport.

It took many years for me to really get excited about running and to honestly look forward to it. Through running I learnt many things. One of them is that things that will be very meaningful and rewarding to me do not always come easily. It’s not necessarily going to be love at first sight. I’m glad all these years later, after I began to casually explore running, that I stayed the course for the slow burn. Running is a passion now, but it was one I had to foster rather than it being somehow magically revealed to me – as I thought was the protocol for all that passion stuff! Hmm…

And now I’ll finally get to refer to the title of this post – the fall. Today I was running and had to jump off the road up onto the curb, which was an uneven dirt and gravel narrow pathway. I lost my footing and stumbled, falling first onto my right knee, then the rest of my weight fell onto my right arm, and ultimately I was splayed, flat out, face in the dirt. I’m not used to falling flat on my face these days. I was dazed for a few seconds, just lying there, before I began the automatic body scan, assessing where the pain was coming from, and beginning to pull myself up onto my knees, scanning for where my glasses had fallen, patting down my body, reassuring myself that all necessary parts were still intact.

I had ripped my running tights at the knee and could feel the sting of the impact and some blood was clearly visible. It was a weird sensation that I couldn’t recall feeling since being a kid. My hands and arm were scraped up too, but otherwise it was just a case of dusting myself off and searching in the nearby vegetation to retrieve one of my earbuds that had dislodged and bounced away in the impact. And then I watched my mind and saw its messaging quite clearly.

Its first “thought offering” regarding the situation was that this was a dramatic moment, I was hurt, and I should abandon the run limping and probably call my husband to come pick me up. Hmm…I watched the thought and momentarily considered attaching to it and letting it drive an emotion – maybe anger at the driver of the car I jumped to avoid, or how about disappointment in myself that I wasn’t agile enough and tripped because I didn’t pick up my feet enough. I let the thought pass without attaching to it and instead connected to something deeper, my “Why” for running. I run because I love it but it is not just that, it is an expression of a value that I hold which is optimal health and wellbeing.

When we take action in alignment with our values, we’re leveraging powerful resources within ourselves that literally fuel us to push ourselves, to endure more, to persevere in challenging situations when we might otherwise throw in the towel, give up, take our proverbial ball and go home. Willpower wavers but values weather every storm.

So I noticed the thought to give up on this run and limp home or call for a ride. I paused with it very briefly and then let it pass. Then other thoughts naturally came up and these thoughts I put my attention and focus on. “I love to run.”  “The ground was a little more uneven here than I’d anticipated.”  “I stumbled and fell.”  “Falling happens on runs sometimes.”  “It is absolutely possible for me to continue the run and probably to complete it.” There was no judgment or emotional charge on these thoughts. They reflected my explanatory style, which I have consciously developed to serve me. I attributed the cause of the fall to external factors and gave it no unnecessary or additional meaning.

I just fell. I met an obstacle on a path (a values-aligned path) and I fell. It was a little humbling. I felt the pain of a momentary sting. I assessed that there was nothing more to that pain than a sting – nothing broken, no real damage, it was just a surface scrape and a sting. But ultimately all that was required was that I literally dust myself off and get back on the path, living my values and currently in pursuit of a clearly defined goal (I have a Half-Marathon on the calendar).

七転び八起き
Nana korobi ya oki
Fall down seven times, get up eight.

This is a Japanese proverb that I love and inspires me to resilience and perseverance in pursuit of any goal. Falling down – imperfection, rejection, the sting of embarrassment, fear, discomfort – all this is inevitable on the path to anything worth achieving. All that you need to do is get back up. It is the effort that matters. It is the process that engages. It is presence in each moment, in each effort, and letting it be what it is. Just show up. Meet each situation and challenge with all you have in that moment and that is always enough. When you let go of any situation having to be the way that you want it to be, when you allow that grace into your life, you will always, yes always, find a way to GET BACK UP.

If you’re interested in exploring working one-to-one with me you can book a free 45 minute game plan call with me here.

You’re being influenced by your thoughts all day

Mindful moments can change the trajectory of your

Fear is a false friend. Although it loyally serve

This is your reminder that you are a leader, an au

I said what I said 🤷‍♀️ Gloss over the f

You are more than enough 💫 #youareenough❤ #y